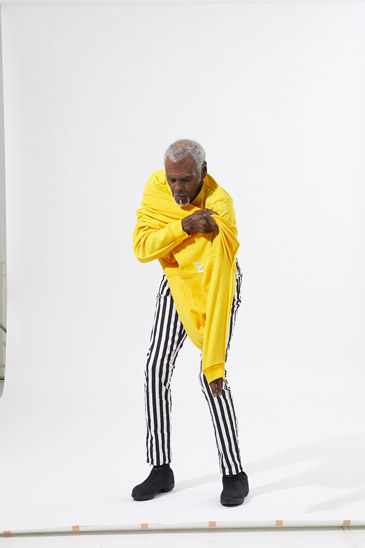 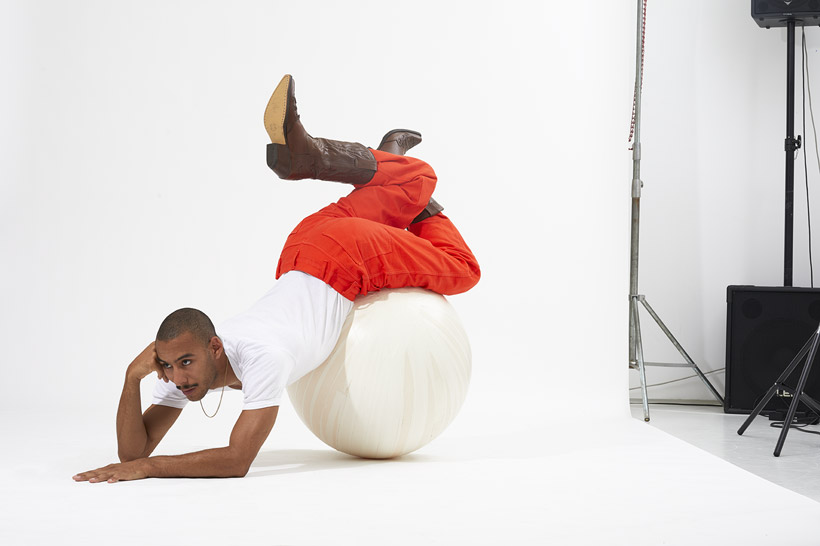 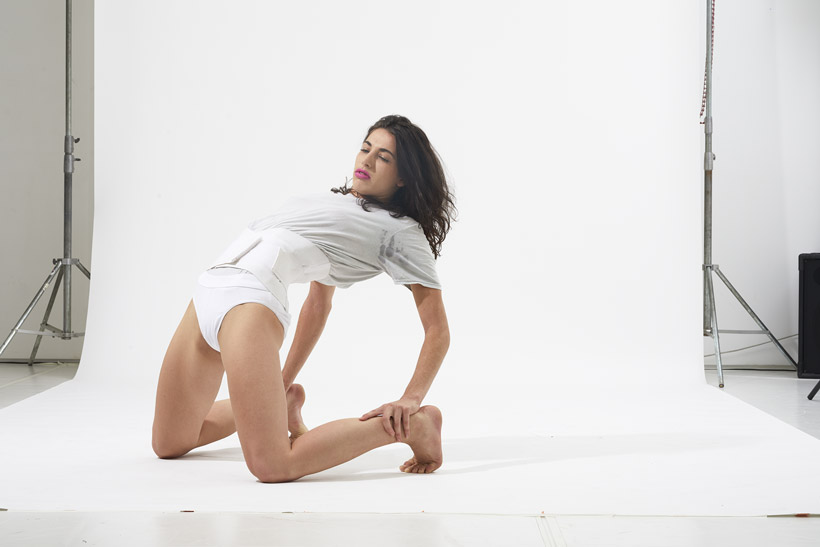 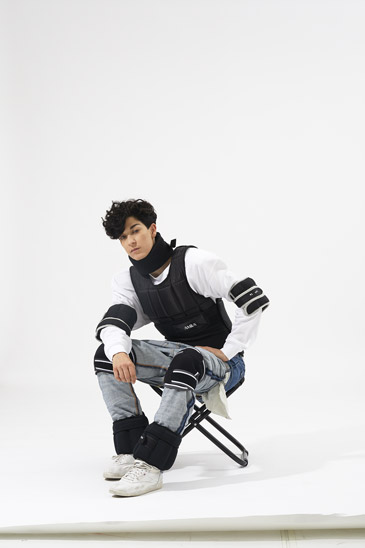 On Escape Act by Alexandra Bachzetsis

This animal which scraped itself raw against the bars of its cage, which people want to “tame,” this impoverished creature, consumed with longing for the wild, which had to create out of its own self an adventure, a torture chamber, an uncertain and dangerous wilderness—this fool, this yearning and puzzled prisoner, became the inventor of “bad conscience.”

Friedrich Nietzsche, On the Genealogy of Morals, second essay, part 16, 1887

Desire is not desire for something that is missing, nor is it something that is repressed. Desire is a social machine that never ceases to produce. It produces us as subjects. It produces our bodies and prescribes relationships with other bodies. The unconscious is not a theater but a factory. With such a statement, Deleuze and Guattari distanced themselves from Plato and Freud and proposed a Nietzschean approach to desire: political and radically experimental. If desire is a social machine, then the question is no longer from what identity (man, woman, heterosexual, homosexual, etc.) does desire spring, but rather how does this social factory work? And, is it possible to intervene in its operation to modify it?

Alexandra Bachzetsis creates a poetic device that allows the viewer to "perceive" the technical and socially constructed dimensions of desire. The piece gathers seven living bodies and a multitude of objects that connect and disconnect to form different desiring machines. Extracted from their usual context, the cubes, the cardboard boxes, the inflatable mattress, the weights, the ball, etc., all become surrealist readymades that plug into the living body in order to become its new desiring or desired organs. References to the world of bricolage, sports, or pharmacology work as hyperboles which emphasize social construction.

The piece stands on the recognition of two aspects. Firstly, in today’s world, genders (male, female, drag, trans, normative, dissident, etc.) are always interacting—no one performs just “one gender.” We are constantly surrounded by a multiplicity of gender cultural codes that we are learning from and in relation to, and which we use to measure our own ability to perform. Secondly, access to technologies of gender production are marked by extreme imbalances of power, class, age, disability, race, and control over resources. Gender codes are ideal performative codes impossible to be fully embodied: no one can fit within a given term. The piece also speaks about the difficulty of escaping gender, sexual, or racial political norms, since the body itself and its learned behaviors have become its ultimate cage. The task is not to perform gender but rather to break out of the gender box.

Formally, Escape Act challenges the still prevailing division of the arts by medium. Including poems, songs, narratives, and even references to the visual language of contemporary pornography, the piece questions the arbitrary distance inscribed between genders as well as between dance, cinema, theater, and literature, but also between genres and cultural traditions, between high and low art. Bachzetsis plays with the double-edge condition of restored behaviors: dance stands sometimes for freedom, sometimes for subjection; theater underlines the political assigning of roles, but also introduces personal narratives; sport speaks about competition and struggle, playfulness and endurance; and singing accentuates the vulnerability of individual conflict.

Little by little, our perception is sharpened and the human body itself is perceived as another object within the social machine. What constitutes a body as a human body? How is a body assembled (or disassembled)? Is it possible to perceive a human body without assigning gender, race, age, or value? Is it possible to desire it without assigning gender, race, age, or value? Does the voice really have a gender, does the skin really have a race? Are gender, age, and race not the cognitive and political frames that prevent us from seeing and experiencing the body in its constant process of becoming?

Much like artists Lygia Clark, Michel Journiac, and Jürgen Klauke, Bachzetsis aims to develop a materialist and experientially based research on the body as a “socialized meat” (according to Journiac’s expression) that exceeds the body as anatomic or political object. Rather than representing the productions of desire from the point of view of identity, of the norm and the normal, Escape Act invites us to pay attention to the failures and the cracks, but also to the lines of flight, to the escape acts.

The piece proposes (and opposes) two logics of desire, two modes of functioning of the desiring machine: one based on identification and another rhizomatic, disidentifying. According to the first, bodies are marked by their relationship with the dominant code: they are feminine or masculine, real or fake, successful or failed. We can thus identify them. Here, the prostheses (of hair, buttocks, shoulders, props, but also gestures, words) function as normative supplements. They accentuate an identity while eroding it—since anybody can incorporate them. According to the second logic, the body and the object form a creative alliance to escape the dominant code, to bypass identity and individuality, and create dissident desiring machines: a faceless hairy head, a dancing body completely dressed in white, several bodies sharing a pair of nonhuman-designed pants; another body uses its legs as two extra-long, strong arms with which to clap the floor. Sometimes, a transfeminist Brechtian distance is embodied in an ironic and sweet voice that sings a long list of sexualized attributes while eluding the spectator’s gaze. Between the two logics of desire appear sequences of rebellion: feminized bodies escape the normative choreography, wreaking havoc on the stage for a short period of time, only to return to generic movement. The result is a work as impassionate as it is disturbing, as jubilant as it is enigmatic.