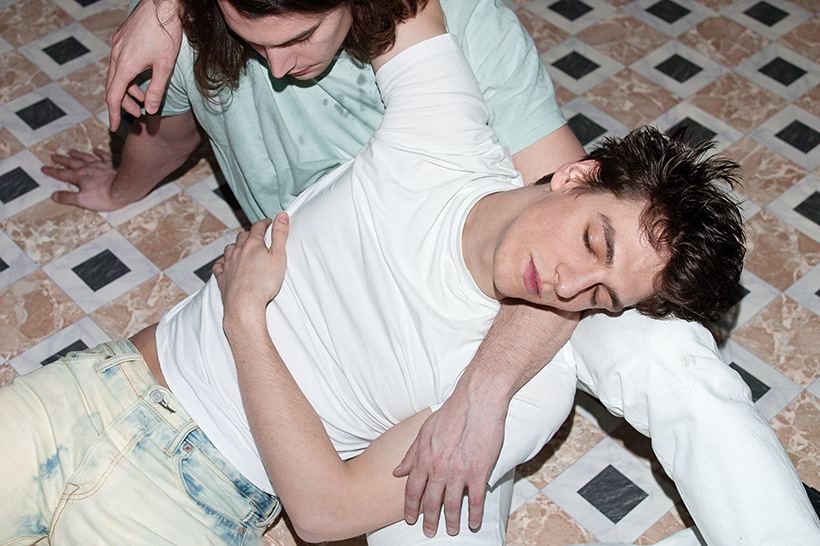 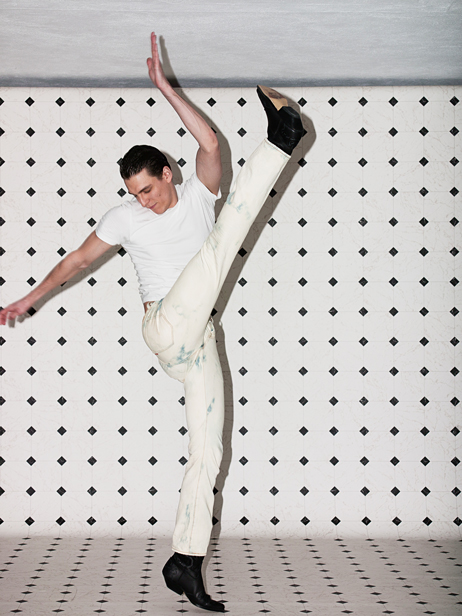 Art, like consciousness, suggests Jacques Derrida, depends on framing, on the “parergon.” From the border surrounding the painted canvas to the proscenium arch or the cinema frame, the “parergon” defines what can be seen. The frame, Derrida argues, upsets the notion that “aesthetic judgment must concern intrinsic beauty and not the around and about.” With three performers, Private Song re-frames some of the elements that were part of the solo performance Private: Wear a Mask When You Talk to Me. While the solo performance uses self-mutation as a technique to explore gender and cultural constructions through the ritualized repetition of embodied gesture, Private Song proposes framing as a perceptual strategy for questioning, underlining, or neutralizing the spectator’s relation to moving bodies on stage. Popular rebetiko songs from the 1940s and 1950s composed by Giannis Papaioannou, Vassilis Tsitsanis, and Giorgos Mitsakis are introduced within the piece—not as a narrative motive but as a means of juxtaposing the singular voices and codified gestures coming from oriental and modern dance as well as wrestling, Hollywood gender models, and the pictorial history of representations of love and battle.

Although the songs could be considered affirmations of a cultural identity, their reframing highlights the heterogeneity of elements that compose the rebetiko tradition. The origin of the word “rebetis” (ρεμπέτης) is controversial. Its literal meaning is “wanderer, blind or misguided,” referring to a “mangas” or a “tough guy who needs correction.” “Rebetis” denotes a form of South, nomadic, non-white masculinity within the context of the expansion of urban capitalism in Greece. The development of rebetiko culture in Greece is strongly connected to the political history of displacement of oriental communities within Europe. The advent of a wave of refugee musicians from Asia Minor into Greece following the deportation of populations in 1922–3 contributed to the flourishing of a new urban oriental genre of music that evolved into rebetiko. The word entered the field of music during the 1930s as a name for American recordings of Greek and oriental popular singers influenced by orthodox ecclesiastic chants, modal Ottoman music, and café music.  Rebetiko does not only refer to the songs, but it is also a collection of popular urban places (cafés, squares, streets) where political, religious, or ethnic minorities gained recognition through music. Gender-specific practices appear to have been determined by the musical community of oriental coffee shops. Instrumentalists were mainly men, whereas prominent singers and dancers were mainly women. This gender split introduced a segregation between music and dance, between composition and bodily display, between thought and affect.

Private Song stresses these jump cuts within voice and gesture, time and space, and affect and meaning to question how certain cultural and gender frames legitimate action and knowledge—defining what is acceptable or not, regulating a sense of reality, and also delimiting the possibilities for action within a given scene. Finally, these acts of reframing produce a phantasmic staging, working as a device for channeling perception and affect that ultimately transforms the position of the viewer.